Inspired by Worthington Libraries: Blind Date with a Book!

We started with ~40 books. Two hours later, all but four had found homes with library patrons (sorry, Flush, Mixed-Up Files of Mrs. Basil E. Frankweiler, Persepolis, and The ThingsThey Carried, they don’t know what they’re missing).

Now, to send forth a new fleet of exciting books into student arms. Whew!

THAT IS AWESOME I WANNA DO IT

#i see you golden compass

Wordsmyth Dictionary-Thesaurus Suite has added some great new features. All free but if you register you get some added features.

Write On! for Kids

This lesson  from “ArtyFactory”  website offers many templates of iconic figures to create pop art portraits.  I’ve used these many times and kids really enjoy these lessons. Templates are helpful for many students.

Make Your Own Printable Word Art 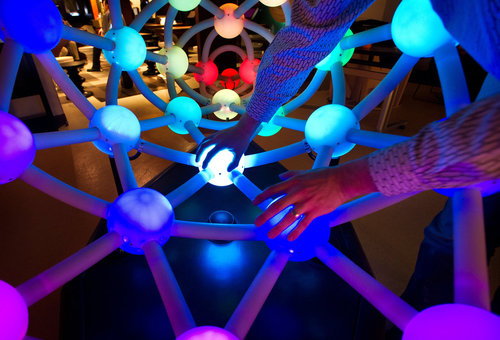 In this lesson, students read about the new Museum of Mathematics and its mission to convey the beauty of mathematics through fun and engaging exhibits.

Includes some great ideas to implement this lesson. Neat!

See on learning.blogs.nytimes.com
You may also like…
8 Videos that Prove Math is Awesome
http://mashable.com/2013/02/19/8-cool-applications-math/

I really want principals and administrators to see this. Some teachers and even librarians need it too–as a reminder or as inspiration. It would be awesome if SCASL could make one of these too.

Science Friday is a weekly science talk show on NPR radio in America.

Teachers…Not only does Science Friday provide excellent videos and podcasts but it also has lesson plans to go along with many of them.

Search for  topics on left of screen. Great navigation set- up.

This site is awesome!

✔this out! Want to use special characters but don’t know how?

Then ✔ out Tammy Worcester’s Tech Tip 99 on how to do it fast and easy.

No need to remember key combinations any more. 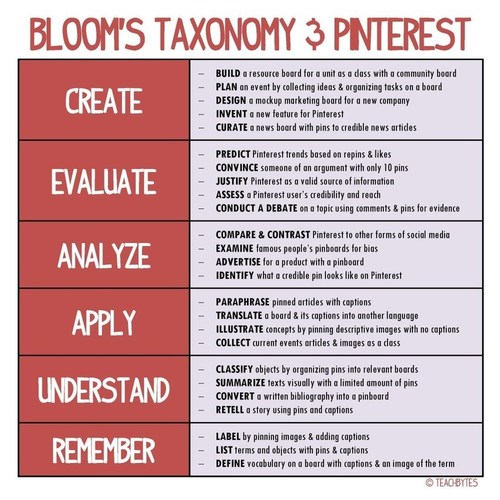 Recently, I’ve been spending quite a bit of my time researching how to use Pinterest in the classroom in a way that is meaningful and relevant. I’ve posted a couple of articles about Pinterest befo…

Great Bloom! Meaningful ways to use Pinterest with students.

My students do not work alone.

My students grade each other and decide their criteria for success

My students create for the public

My students build together, each according to their talents and passions.

Mucho Posters de Education!! (A whole lotta posters for you to use!):

How about a whole bunch of education-related posters? Check out this site! It is a goldmine! Download them and print them out!

Some times I just don’t have the time to write a full post on a cool tool or resource for teachers but I still want to share what I found. Sooooo…I have taken the Facebook plunge (better late than never) and created a KB…Konnected page where I can share extra resources. I’m just getting started but I hope you stop by and give me a “like”. Any tips or suggestions would also be appreciated. 🙂

The Why? Files: The Science Behind the News

“The mission of The Why Files is to explore the science, math and technology behind the news of the day, and to present those topics in a clear, accessible and accurate manner.” University of Wisconsin-Madison

A new story is added each week. 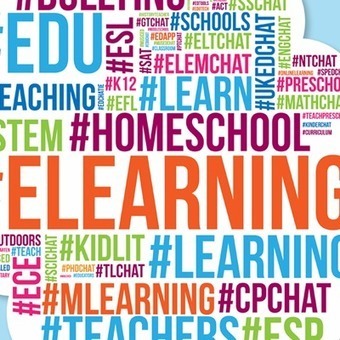 Make use of this infographic that will help you find conversations and make followers on Twitter.

For Educators — Quick access to powerful writing lessons and assessments
For Students — Step-by-step support for completing writing assignments
For Parents — Tips for helping your child become a better writer, thinker, and learner
Includes step-by-step tutorials, graphic organizers, templates as well as links to sites where student work can be published.
Nice resource!
Included in

Write On! for Kids
You may also like…
Words for Better Writing
30 Ideas for Teaching Writing
Readers’/Writers’ Workshops, Centers and Resources

This anti-bullying poster is absolutely perfect for posting on your classroom website or on your bulletin board. We at Edudemic love it.

“As you may have read, there’s been a recent uptick in large-scale security attacks aimed at U.S. technology and media companies. Within the last two weeks, the New York Times and Wall Street Journal have chronicled breaches of their systems, and Apple and Mozilla have turned off Java by default in their browsers. This week, we detected unusual access patterns that led to us identifying unauthorized access attempts to Twitter user data. We discovered one live attack and were able to shut it down in process moments later. However, our investigation has thus far indicated that the attackers may have had access to limited user information – usernames, email addresses, session tokens and encrypted/salted versions of passwords – for approximately 250,000 users.”

I got a Twitter password reset email, and a whole bunch of people replied the same. Twitter says the attack was quite sophisticated and believes that more companies beyond the New York Times and Wall Street Journal were hit. This is getting even bigger.